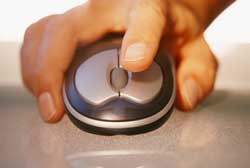 The image scrolling works with both EtherLynx images, and IdentiLynx video frames.

Note: All the changes in the presentation of the image of this feature are reversable, and do not affect the timing precision of the original image

This image toolbar control (a simple edit box) is off by default; you’ll have to enable it in the Options Dialog.

An alternate way to specify the aspect ratio is to simply specify how much to zoom in the vertical dimension. You do this by appending a “%” to the number. So entering “200%” will make everything twice as tall.

These features are controlled from the Scoreboard Options dialog: 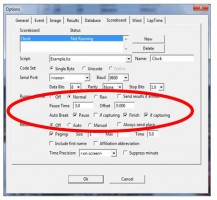 There is support for the Lynx wind gauge. This unit reads both wind vectors (N-S and E-W). FinishLynx stores both vectors and calculates the wind direction. The direction is displayed after the wind unit.

How (and if) the direction is displayed is controlled by the hidden setting:

This wind gauge is listed as “Lynx” in the Options Dialog.

The RadioLynx ID (bib number) field sent by newer EncRadios is now used to fill in the start’s ID field when in Time Trial mode.

There are now two hidden settings that control where the label text is displayed in relation to the line: 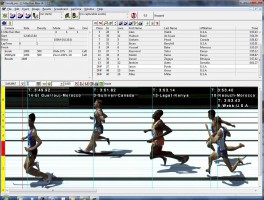 TextSide controls which side of the line the text goes on (default is after the line). Options are Left, Right, After, and Before. Values are in the comments.

TextJustify controls how the text is justified (default is justify to the line). Options are Left, Right, Line, and Not Line. Values are in the comments.